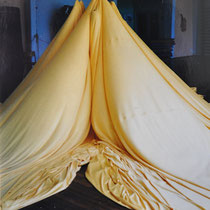 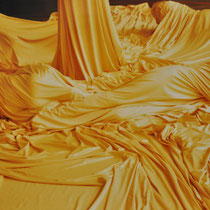 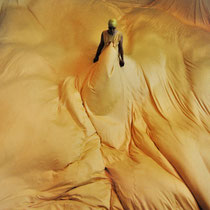 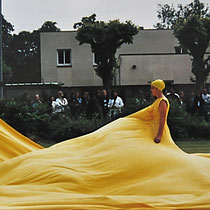 A dress measuring one hundred square meters is modulated by bodies according to several statements. This dress loses its function as a garment and becomes a moving space animated by strange networks of folds which are renewed. It folds and unfolds, evoking a formal ensemble of becoming, in which nothing is defined. The work switches from one state to another. It is loaded with an energy, a potential that must be seized in order to maintain it in continuum.